All right, perverts, it’s time for another recap about doujinshi that we published during the closing days of the second decade of the third millennium! What is the theme of today’s recap post, you might ask? Well, dear reader, it is in fact, ship girls. 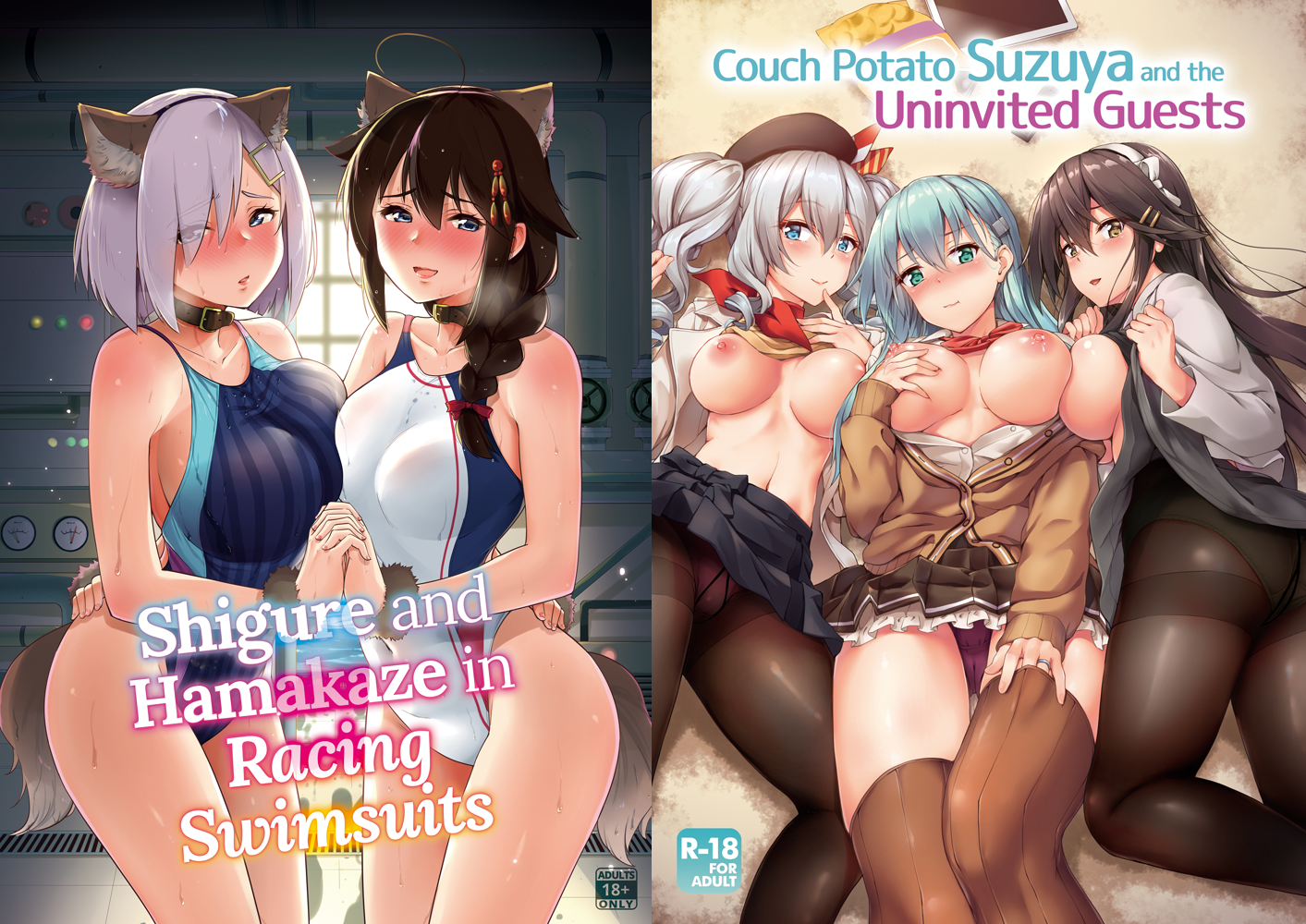 The Gacha Gods are cruel, but the Doujin Gods have your back

We’ve said it before and we’ll say it again: doujinshi are the most convincing advertisement for naval life possible–and circle Yuusaritsukata produces especially persuasive propaganda! It’s not totally clear what a daily routine is like for those of ranks below “admiral,” or even what admirals have to do during the day, goddamn. Whatever that stuff is, the nightlife of an admiral has just gotta be worth any struggle you have to go through to get there.

Case in point, this doujin opens with Suzuya lounging around her beloved admiral’s house, snuggling up to him, and generally being adorable and lazy when Kashima and Haruna arrive. You’d think they might have some naval business to drag the admiral off to, but nope. Suzuya’s been hogging the admiral’s love–and his dick–and they’re ready to unleash their squishiest, softest, snuggliest loving. But just because the two upstarts joined the race, Suzuya’s not about to be left in the dust.

Shigure and Hamakaze in Racing Swimsuits

As cushy as it seems, being an admiral isn’t 100% quality time with your beloved ship girls, as circle Sarfatation shows us. At least some of the time, you’ve gotta be training them and overseeing their progress. In the case of this doujin, the subject area is swimming. Ship girls have to be mobile and quick in the water, so obviously they’ve gotta suit up in sexy racing swimsuits and go for the gold!

Our story begins with the admiral praising Shigure’s improved speed after their private lessons together and a jealous, tsundere Hamakaze wishing she could do the same… that is, swim real fast, not be praised by the admiral. Of course not! But when Shigure lets Hamakaze in on her secret, Hamakaze is determined to join in on their special practice. Whiiiich turns out to be kinky sex, obedience training, and puppy play! Hamakaze may be stubborn and resistant, but she’ll put her pride aside for the admiral… no! For speed!

Race on over to see more!

That’s all for today, but don’t you worry! More recaps and more doujinshi are coming soon~