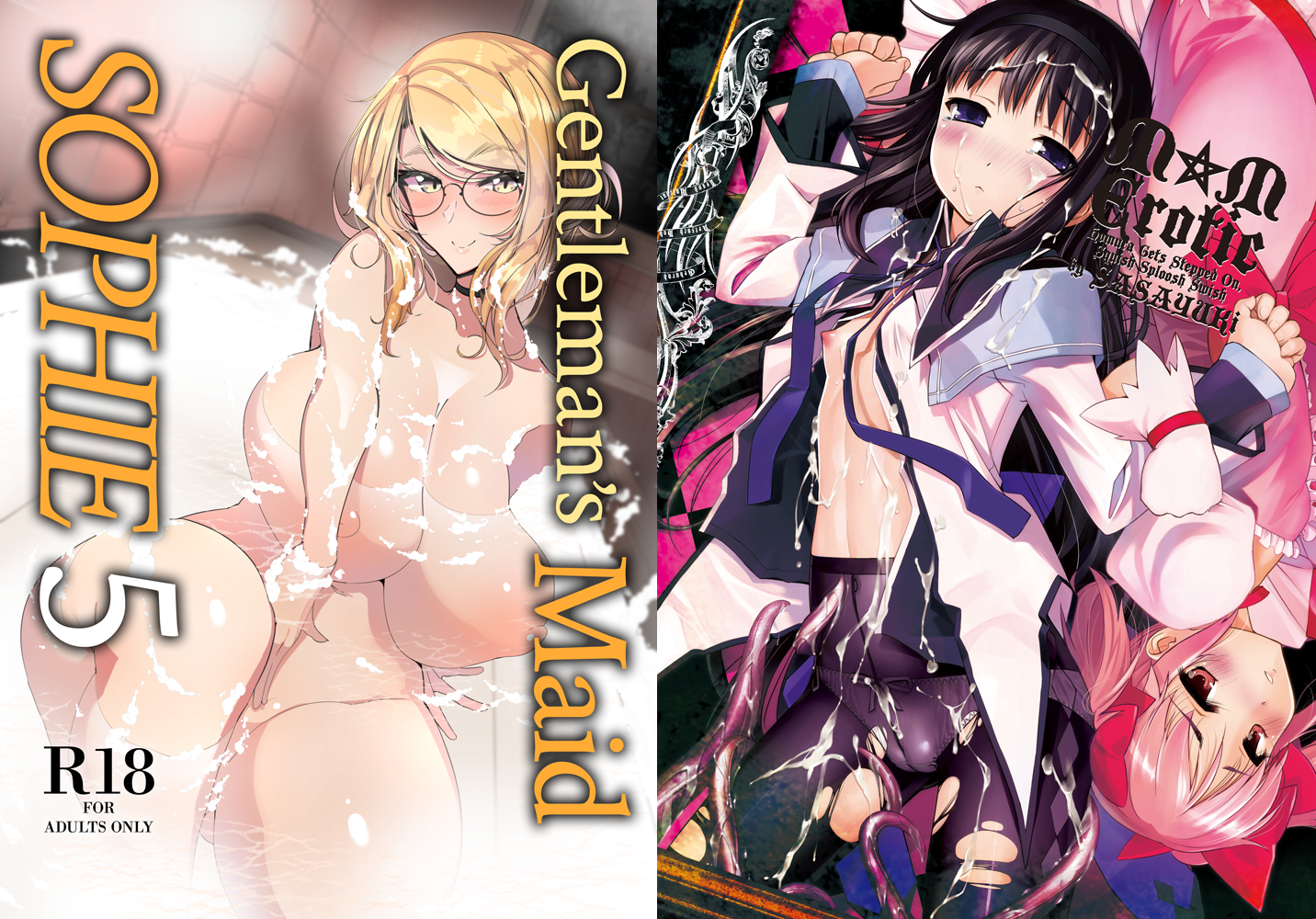 Drooling over these covers… pathetic.

Metro Notes‘ latest addition to their tale of slow-burn romance and hot, hot sex needs no introduction, but here we are. If you haven’t been following the story, you owe it to yourself to check out this sexy series. Sophie is an absolute bombshell: massive, heavenly tits and ass for days. Her cool, mysterious exterior doesn’t give her nervous master, Edward, much of a foothold, but she’s sure generous with those generous curves. Edward will have to make do with those while he discovers the secrets inside his maid’s heart.
Each volume of the story has been excellent, so don’t be shy about picking up previous volumes. This post will still be here when you’re done. Go ahead. They’re all right here.

Okay, now that you’ve caught up with the story, you know that last time, Edward’s uncle, Harvey, gave him some excellent advice: Sophie is a truly fine woman and Edward needs to cherish her. The conversation changes Edward’s perspective on his whole relationship and makes him uncertain. Is it really okay to have a woman like Sophie cleaning his house and doing his laundry? Maybe he should help her out? Edward’s skills as a maid test Sophie’s patience all day, but they come together to wind down in the bath.

Like previous installments, this one’s as generously-proportioned as its heroine. Feel free to dig into Gentleman’s Maid Sophie 5‘s 58 pages.

But, wait, doesn’t this doujin have a “tentacle” tag? This just sounds like yuri femdom. Never fear, tentacle friends, as Madoka plays with the adoring Homura, strange growths start to emerge from the ground. What happens next is pretty wild, so it’s worth not spoiling. Let’s just put it this way for now: this is a Puella Magi Madoka Magica doujinshi, but we end up going into some surprisingly Saya no Uta-like places. Having said that, the focus of the story is still how much Homura and Madoka love each other, so the story really doesn’t get that dark. Consentacles!

That seems like a good note to end on, so see you in the next recap!